Investment in the data centre sector which includes M&A, land acquisitions, data centre build and expansion, exceeded a record USD100 billion during the first half of 2021 according to research conducted by Headwind Consultants for The Tech Capital.

Global deals, where funds or investment is to be spread across a number of geographies reached a record 25pct of the total and includes the landmark acquisition of QTS by Blackstone at USD10 billion.

The USA still represented the leading country globally with more than USD18 billion in transactions.

Outside of the USA, the highest investment recorded for a single country is India. The country has evidenced data centre expansion over the last two years with substantial investments by local players Adani and Yotta, and market entry by overseas players including Colt and Bridge Data Centers. 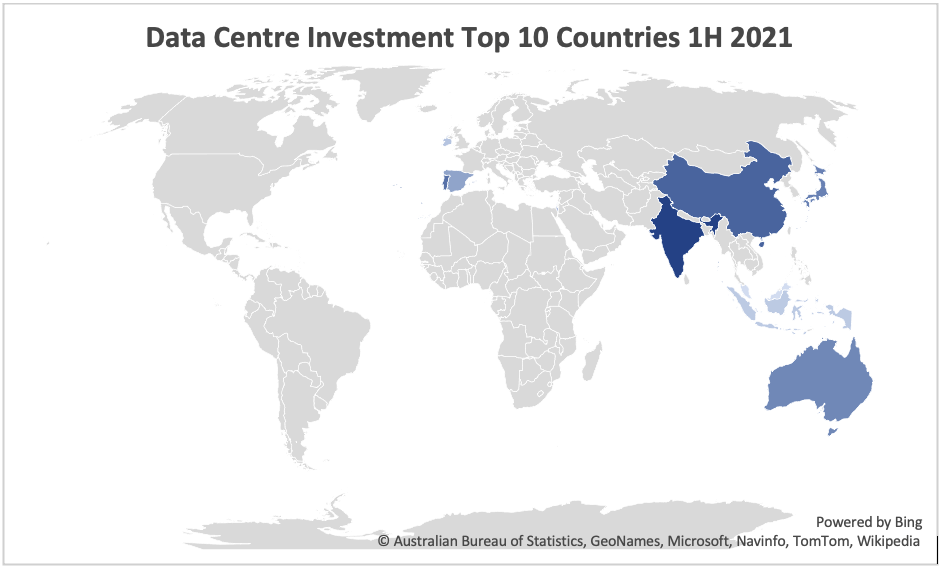 In Europe, Portugal has received the largest single country investment of USD4.2 billion with a new campus of 5 data centres planned in a first mover deal by investment firms Davidson Kempner (US) and Pioneer Point Partners (UK) at Sines, 150km south of Lisbon. With a government plan to install a green hydrogen production hub, Sines is assuming a highly strategic location for the high-speed trans-Atlantic submarine cables traffic to and from other continents, such as Ellalink, which connects Europe to South America.

Following the formation of a joint venture between Starboard Value LP (SPAC) and Cyxtera Technologies covering a global platform of 60 facilities, Cyxtera’s existing owners, including private-equity firms BC Partners and Medina Capital, plan to roll their equity stakes into the combined company. Once public, Cyxtera claims it will become the third-largest player in the retail colocation data centre space.

Perhaps surprisingly the results demonstrate that investment in Europe across the period were almost equal to those made in the Asia Pacific region lead by Portugal and Spain and China and Japan respectively. 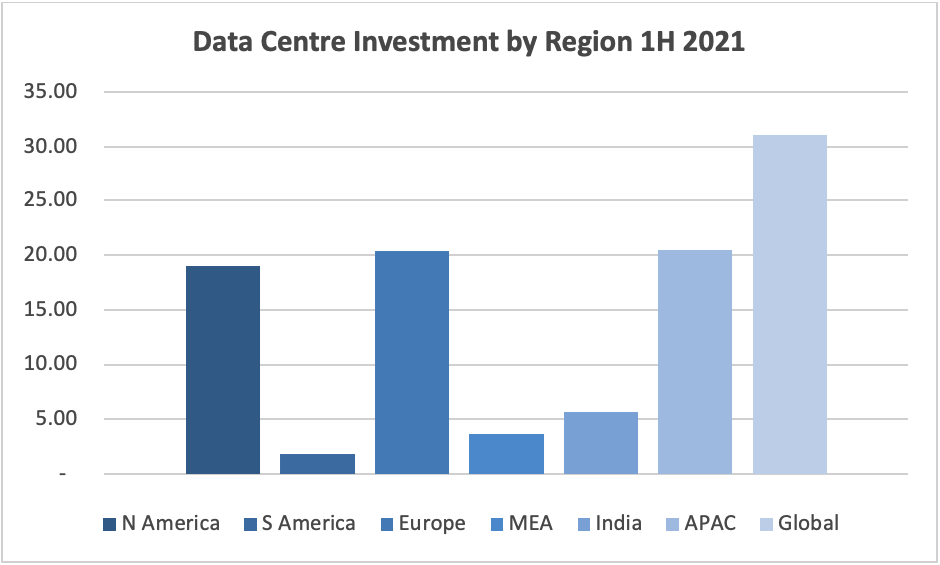 Previous investment hotspots such as Singapore (where a pause in building permits has been imposed) and the Nordic region – which represented only around 4.5% of the European total -reveals the intensity of global competition among site locations. 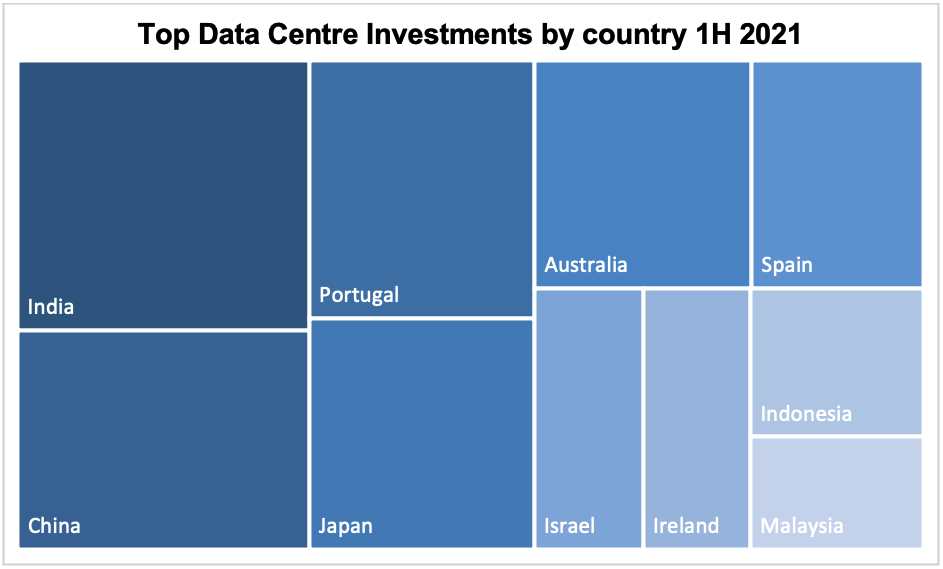 The main investments committed in the first half represented just over 40% of the total and featured 11 player groups,  primarily equity funds acquiring data centre platforms, now regarded as a premium asset class.

In the context of previous years, the first half is a substantial jump which could still reflect in part hold ups due to the pandemic. However the total estimated committed investment for the first half is still more than three times that for the whole of 2020. Will 2021 be a USD200b year?